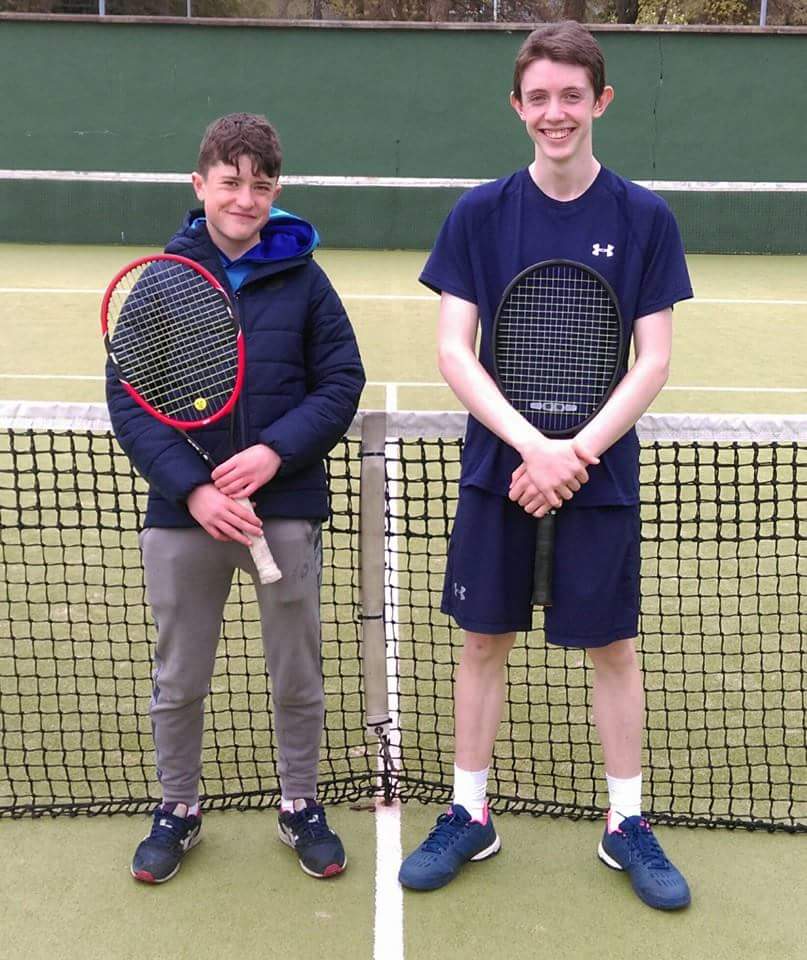 Congratulations to LK Tennis club player Conall Murphy on reaching the u16 Tyrone open singles final after winning against fellow club member Sean O’Baoill today. Its an all LK final with new member Michael Hatrick also in the final and his brother Andrew Hatrick through to the u14 final.
Later Sean had success with Bruce Macaulay against Conor Clarke and Senan Cullinane to reach the u18 boys doubles final and Anthony O’Baoill and Killian Murphy with a chance of making the u14 final. Also good luck to Andrea Cutliffe McGinley in the u 12 singles final tomorrow. All are LK club Juniors.